Known as a 'workers city', Rotterdam is perhaps not seen as particularly colorful. If you are out on the street though, and look for color, there is plenty to be found. Not just at obvious places like markets and shopping arcades, but among the new skyscrapers (that pop up at an incredible speed everywhere) and around the many squares in the older, now renovated quarters as well. You stumble across so many colorful details that it is sometimes difficult to decide where to start. The color is often literally under your feet. 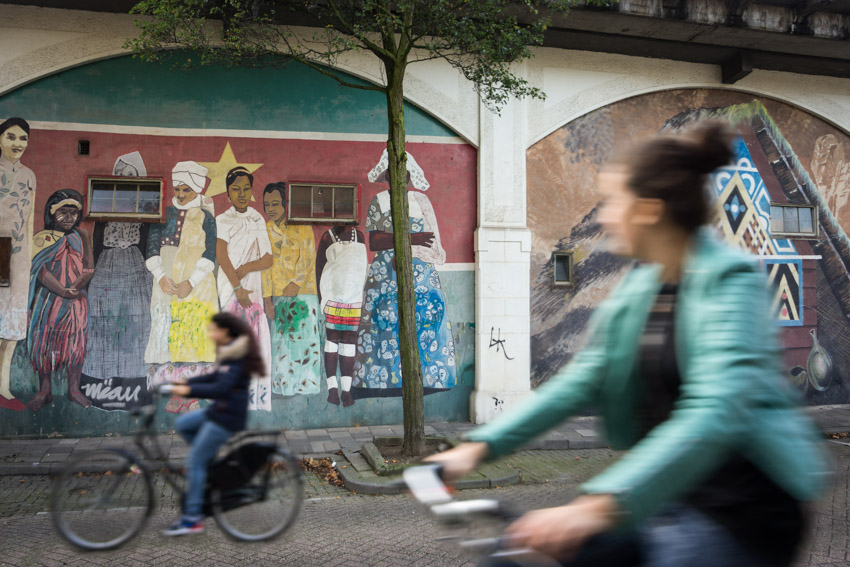 All that color adds to the new ambiance of Rotterdam, a city that is drawing more and more international attention of lovers of urban life and architecture. Rotterdam is very today, but yet unspoiled by tourism.

I spend many hours dwelling the streets of 'larger' Rotterdam, including harbor and industrial areas, often without much of a plan. I let my eyes guide me. Back home I would review my catch and soon discovered interesting combinations of photos based on color patterns, similar atmosphere and/or similar visual imagery. Building series this way became the line I followed for the rest of the project.

You will notice that people usually play a minor role in the pictures, if any at all. The project is about colors and not primarily about people. Yet the traces of people are everywhere; it's all about color of the man made human habitat; color to please or draw attention.